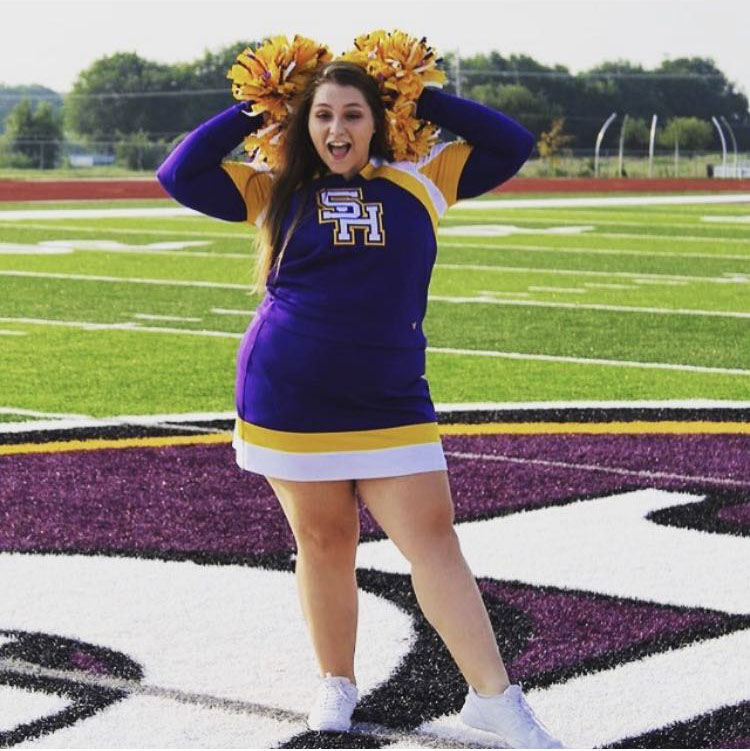 Makayla Kutts does a lot of things throughout the her high school career. She joined SADD her junior year (Photo Curtesy of the Cheer Team's Instagram).

SAAD is a student led organization with the goal of informing students about the dangers of drinking, smoking, vaping, etc. The group is full of passionate students, but Makayla Klutts, vice president of the organization, 12, is  one of the best.“I want everyone to be safe. I really enjoy [SADD],” said Klutts.

She joined the organization last year, and this year stepped up to a leadership position as vice president.

“She’s doing a good job at just being a good leader. She’s kind of a quiet leader and kinda leads by example. I think that her involvement in all of our activities really shows a lot about her leadership qualities,” said Renee Stallbaumer, SADD sponsor, “She’s a very stable leader. She’s always there when you need her, she’ll help out with anything she can. I really liked having her as part of our organization. We’ll miss her.”

“During the summer, a few of us SADD officers and sponsors got together to talk about the upcoming school year…and the SADD 5k kept coming back up. It seemed like a really fun idea.”

Despite joining later into her highschool career, Klutts has wanted to be apart of the organization since middle school.

“I wanted to join SADD because I remember when the members would come to the middle school…and do activities such as the impaired vision goggles. I thought it was the coolest thing ever and I knew I wanted to join after that.”

This may be why her favorite part of SADD is going to talk to the middle schools.

“…It’s very cool to see how interested kids are to learn about long-term negative effects of alcohol and tobacco products.”