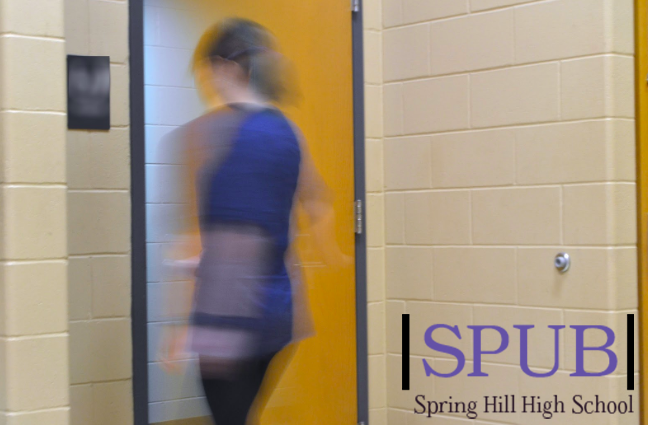 In recent years, the acronym LGBT has made headlines as reforms sweep the world. Oftentimes, people focus more on the first three letters as they talk about same-sex marriage becoming legalized and more movies feature non-straight characters. The media, however, often ignores the last letter of the acronym – T – which stands for transgender. When mainstream media does focus on transgender people, it tends to be focused around things like unisex bathrooms in public places and the July 2019 decision to allow transgender members of the military to continue their service after coming out.

Many people think that when a person is transgender, they do not like the gender they were born as, so they decide to change. This is not the case.

“[I identify as] he/they,” said a student whose not ready to publicly come out as transgender.

When asked what caused a person to identify as trans, they explained that it was all mental.

“When you’re trans, you have this thing called dysphoria – gender dysphoria. It’s where your brain is whatever gender it is, but your body is the opposite. So for me, male brain, female body – these boobs aren’t mine. I’m supposed to have a flat chest and an Adam’s apple, but I don’t have that, so I feel disconnected from my body, like I need someone else’s,” they said.

Many people are unaware of the mental disconnect these trans students have, and therefore they cannot always sympathize.

There are things students and teachers use every day and do not recognize them for the privilege they are, while they are not options for transgender or genderfluid students – bathrooms and locker rooms for example.

“At this point, I think that [trans students] would have to use a staff bathroom,” said Stephanie Baker, social worker.

Marc Williams, principal, clarified that the bathrooms that would be used are single-stall.

“[They would go to the] ISS room, or down here in the office we have a couple bathrooms that we offer [that] they could come down and use,” said Williams.

Some of the students this affects said that they would feel alienated if that is the only thing the school could do for them.

“I feel like making [students] walk all the way from, let’s say the math hallway, is just making a big deal out of nothing. It’s just creating a problem that wasn’t there before,” said Nev Koch, 11.

Regardless of what bathrooms would have to be used, the administration said they hope that everyone at the high school will feel welcome at all times.

However, this is not always the case.

“I haven’t decided to go out there and tell people because nobody listens at this point. I literally asked one of my teachers, ‘Hey, can I go by ‘Nev’ and they’re like, ‘I’ve called you Nevaeh for a year, no,’” said Koch.

It seems like some teachers and students alike are having trouble with acceptance.

“I was in a class, and there was a debate or something, and the topic came up ‘do you support LGBT people,’ and a lot of people said no,” added the anonymous source from above.

It doesn’t always stop at denying rights to LGBT people, they said.

“A lot of guys will hurt you if they find out you are trans. A lot of people will hurt you. They will threaten you…I’ve had death threats. If I wear a ‘he/him’ pin, people automatically assume I’m trans and then make death threats,” they said.

A lot of people, students especially, will hear about events like this and then proceed without action because they do not know what to do.