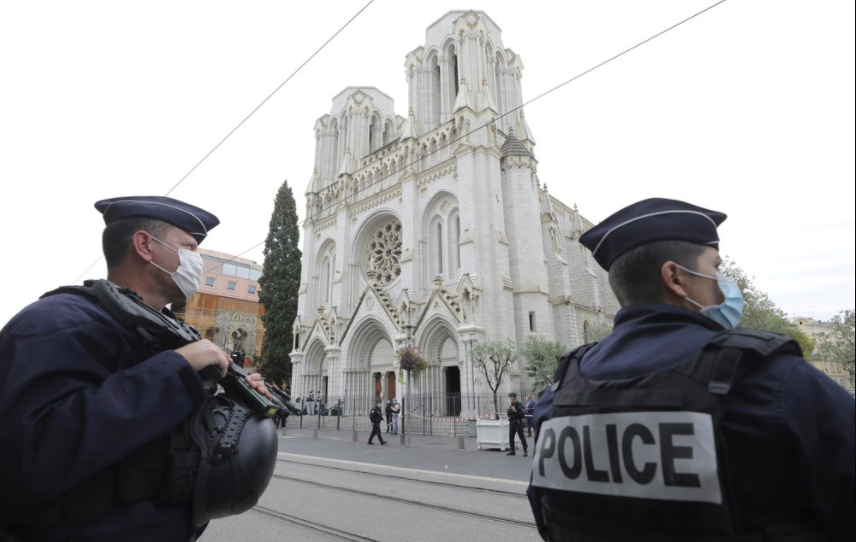 Security at important sites around France has been increased after a suspected terrorism attack that left three dead. It is the third such attack in two months in the country (photo courtesy AP News).

On October 29th,  there was a knife attack leaving three dead in Nice, France. The French government believes it was an act of religious terrorism. According to the New York Times, there were two people dead in Nice’s towering neo-Gothic basilica, including a 60-year-old woman who was nearly decapitated, and a third victim who died after taking refuge in a nearby bar.

This attack came only two weeks after a teacher was beheaded. This lead to the President of France, Emmanuel Macron, suggesting that Islam was in need of an Enlightenment. Jean-François Ricard, France’s top antiterrorism prosecutor, said the suspected killer was a Tunisian man, born in 1999. The man, who was unknown to the French authorities, was arrested after lunging at police officers while yelling “Allahu akbar,” and was hospitalized with serious wounds.