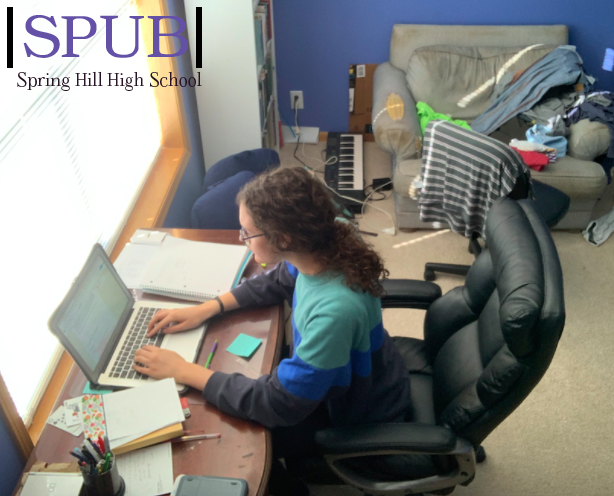 As I approach my final semester of school my room is slowly getting more and more messy. However, I’m still doing some of my school work and so I think that’s what counts (photo credit H. Smith).

Lately what I’ve been doing is something akin to trudging.

“You know, trudging? To trudge? To trudge the slow, weary…

…depressing, yet determined walk of a man who had nothing left…

…except the impulse to simply soldier on.”

As least, that’s how Paul Bettany’s character in “A Knight’s Tale” describes the action. Thankfully, I have very little in common with the character; I’m not poor, homeless, starving and most certainly have not lost all my clothes to gambling. What I am is a senior on the cusp of graduating and dear god I don’t want to do anymore work.

And this is why trudging is the most accurate word for what I have been doing. I haven’t simply been walking and certainly not at the kind of the pace that anyone would expect from me, but simply at the pace I can muster.

This is funny to me because in the same way Heath Ledger’s character is at first horrified by Bettany’s character and then sees the opportunity he has through him (to get his patents of nobility), I like to imagine that this is what freshman year Hannah would think of if she saw me. She would be horrified by the state of my classes, the amount of things late and yet when she understands that I’m useful to her (in that I’m going to get her a diploma). She will set those facts aside and for the love of god let me ride her horse just to get that piece of paper (another reference to the movie, if you haven’t watched it).

The promise of senioritis has been looming over me for years, and I had hoped that after watching two brothers go through it I would be better prepared to handle it. That hope is finally dead. I mean we left it a few miles back, it didn’t really even have a chance. But to be honest I think that’s okay. After eleven years of caring and trying really hard, I think I’m allowed a year to not put pressure on me. Because that’s all it ever really was, pressure. I’ve never been super excited to do school. I just always had someone standing over me, and I took it upon myself to put this pressure on me that drove me to work really hard.

Now, without that person and with a different mindset I’m not sprinting ahead and to be honest I’m not really even keeping pace; I’m simply trudging.

You know trudging? To trudge?  To trudge the slow, weary…

…except to get her diploma.