House of Representatives in Process of Second Trump Impeachment 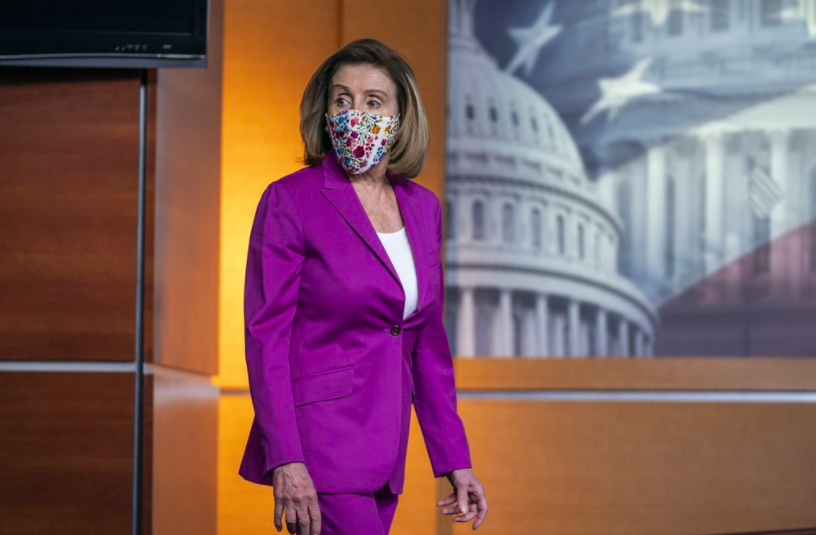 Speaker of the House Nancy Pelosi at a press conference following the insurrection at the Capitol. It is because of this riot that the House is making a final push to impeach President Trump for a second time (photo courtesy AP News).

On Wednesday Jan. 13, the House of Representatives started a motion to impeach President Trump only a week before president-elect Joseph R. Biden Jr. gets sworn in on Jan. 20. The cause for this impeachment is “inciting an insurrection;” this charge originated from his response to the activity at the capitol building a week ago. After returning to the capitol, protected by the National Guard, the House has started a day long debate to charge President Trump with “inciting an insurrection” that lead to the storming of the capitol.

If the House votes to impeach President Trump this will set a historic record, making Trump the first president to be impeached twice. This move for an impeachment has actually fractured the Republican party; many Republican senators like Mitch McConnell of Kentucky will reportedly vote to impeach President Trump. Even Rep. Liv Cheney of Wyoming, the No. 3 House Republican, said on record that there has “never been a greater betrayal by a president of the United States.”