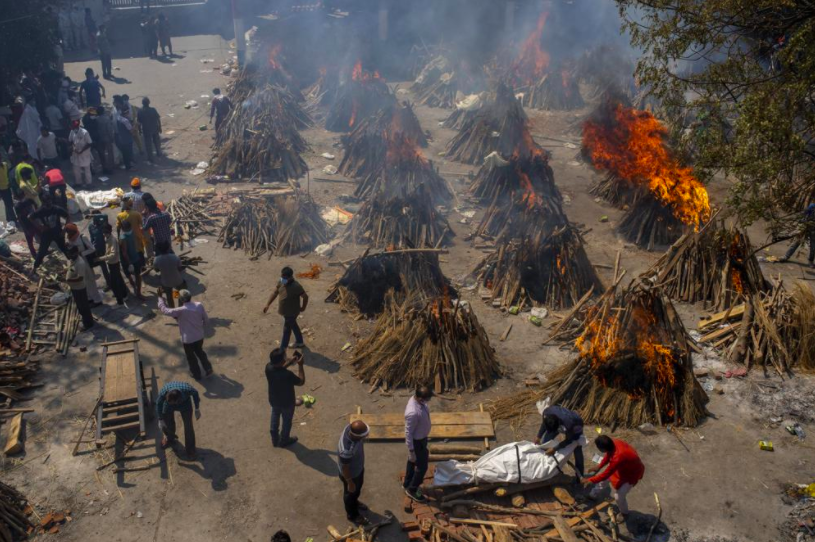 As deaths due to COVID-19 continue to rise in India, the country has found itself having to utilize funeral pyres like the ones pictured here to dispose of their dead (photo courtesy AP News).

In the past few weeks India has been hit hard by a second wave of COVID-19 cases. Each day the country reports 300,000 new cases (which is higher than any other country thus far) and is seeing more infections than any other country. But according to data modeled by the University of Michigan, there are anywhere from two to five times as many deaths than have been reported. There are reportedly too many bodies for India to dispose of, so they have started burning bodies to keep up with the constant deaths.

The current rampage in India right now proves that this is still a serious issue in many parts of the world, even in places that have seen increased vaccine rollout. Vaccines do not make people immune to the virus, it just greatly decreases chances of contracting said virus. The death rates currently skyrocketing in India just reinforces the fact that people should be  holding back on returning to complete normalcy.