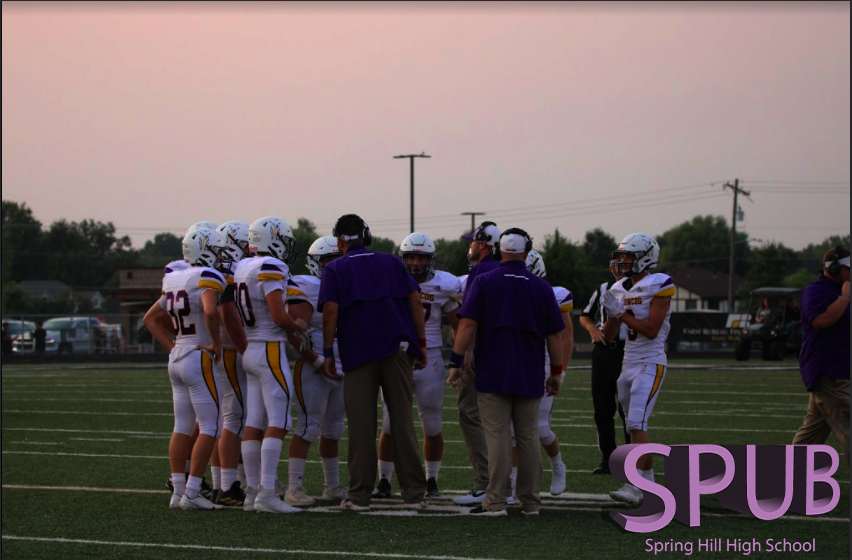 On Sept. 10 the Broncos had a tough fight against the Paola Panthers. Although, the Broncos pulled through and beat the panthers (Photo by A. Shetlar).

The Varsity Broncos football team is 5-0 for the first time since 1990! The stands and student section were packed and ready for another Bronco win under the Friday night lights on Oct. 1.

The Desoto game was one of the biggest games of the year because Desoto was supposed to be a major rival. DeSoto has always been very good competition in our league, as well as Paola.

“It felt good to beat DeSoto, it’s been a while since we’ve beat them,” said Zach Knowlton, 12.

The game ended with the Broncos defeating DeSoto 28-14. Feeback is ready to focus on the Tonganoxie game Oct. 8.