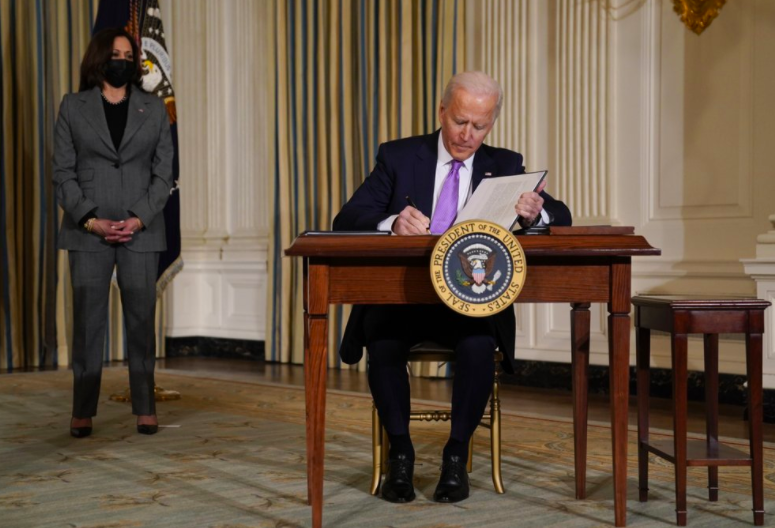 President Joe Biden signs executive orders in the state dining room on Jan. 26 as Vice President, Kamala Harris, stands to his left. As Biden finishes his first week in office by digging deeper into several issues many americans care about (Photo courtesy of AP photo and Evan Vucci).

Day Six – A Return to the Status Quo

Biden began his presidency with a large number of executive orders; his first Monday in office saw only three signed. The first reversed the 2018 presidential memorandum, thereby allowing transgender individuals to openly serve in the military. The second, a proclamation, reinstated the COVID-19 international travel ban; this prohibits non-U.S. citizens who are from Brazil and most of Europe as well as anyone who has recently been to South America, where a new strain has been found, from entering the country. In his final executive order of the day, Biden instated a “buy America” agenda that promotes federal buying of U.S.- made products as well as instructing agencies to begin closing any loopholes that allow for companies to move manufacturing and businesses overseas while still getting domestic benefits.