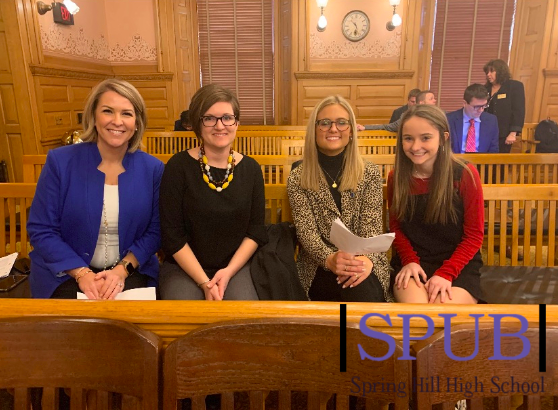 Pedophilia occurs more often than people like to think; nearly 30% of children before the age of 18 are sexually abused. Although, there are another 30% of cases that are not reported. It isn’t talked about nearly as much as it should be, and it holds a large impact on one’s life regardless of whether the violation was physical or not. I am a victim of pedophilia, and it was a breach of privacy case. On May 31st, 2019, I was trying on a swimsuit in a Target dressing room. As I was in the process of putting on a new swimsuit top, I saw a phone reach over the door to take a picture or video of me undressing. I instantly reacted and opened the door to yell at this person. I could see the instant fear in the man’s eyes as he ran away. Luckily, I was able to get a good enough look at him to give the police officers a decent description of him.  If I wouldn’t have opened the door to yell at him, I probably wouldn’t be able to pick him out of a crowd. Thankfully, the day after it happened to me I was able to pick him out of a lineup of five or six other guys.

If this ever happens to you, and you aren’t sure what to do, the best thing you can do is confront the person and take a mental picture of their characteristics, clothing and mannerisms. Don’t hold something like this in or keep it a secret because it will completely tear you apart. If you are ever touched, seen, or talked about/to in a way that you do not like, please tell someone. The biggest impact of this issue is how differently I view the world. Ever since that day, my opinion on older men has never been the same. I feel constantly uncomfortable around older men, and I don’t like being left alone in places. I can’t go to a store or an event by myself without being nervous or scared. I am slowly growing out of this phase, but there’s no way I could go back to the Target this happened at. There are still small things that I see that trigger me, but things have gotten better. The more I talk about it with people, the more it clears my head. Having someone to talk to can take you a long way.

The more you talk and hear about these situations, the more you realize that you aren’t alone. When it first happened to me I talked to people, and then I realized I wasn’t alone. I was able to find that there was a teacher and another student that this has happened to. It gave me a lot of comfort because I was able to realize that pedophilia is a common action. There are so many people that this has happened to. When you are feeling ashamed, or alone please talk to someone. Pedophilia isn’t something that should just be forgotten about. It is highly inappropriate.  Even if you feel the slightest amount of discomfort, you probably have reason to feel that way. Talk to someone, tell someone how you feel, confront the person, etc. Do everything in your power to make yourself feel better.

I spoke up by speaking at the State Senate. I voiced my opinion along with my situation, to help pass a new law. I, along with three other women, told our stories. In the end, the law was passed. This law was to keep sex offenders on the registry for life, instead of only being on the list for a certain period of time. I feel safer about this now. Speaking up not only made me feel better, it helped other people.